Known among our entrepreneurs as the compassionate community, ASEA prioritizes people over profit. Understanding the origin of that company-wide ethos is more complex than a single slogan can convey. Our ethos is driven by our legacy—which is why understanding where we’ve come from sets the compass for our future.

A legacy starts with when we prioritize people

ASEA Founder Verdis Norton could boast about his credentials, but that’s not his style. In his time as sales planning manager of the billion-dollar beverage division of General Foods, he oversaw brands like Kool-Aid and Country Time Lemonade. From there, he was recruited by Dart and Kraft and worked up to become the head of the Hobart Corporation. Five years later, he rejoined Kraft General foods as a vice president of a billion-dollar unit, eventually integrating with General foods, Oscar Myer, and Kraft Foods.

Ask anyone who knows Verdis and they’ll tell you that he isn’t the type to sit idle when he could be doing something for others. Although Verdis retired from Kraft at age 57 and his family thought he would finally settle down, he was asked to run a biotech company lab in Southern California.

While working for the lab, he was in charge of several Ph.D. experts doing extensive research. Verdis was also invited to become a board member of another biotech company with incredible technology. When he realized the potential that this product had for helping people, he started to seek out the opinion of every expert he could.

“They didn’t know exactly what they had. I was calling Harvard, UCLA, University of Washington, University of Indiana, and major labs across the United States. Everyone I talked to raved about the product, that you could drink this product and see a benefit from it.”

“The buyers said, ‘We’re convinced that you’ve got something here. We will write you a check big enough that you won’t want to talk to anyone else,” says Verdis.

With interested buyers in line to purchase the patent on what would eventually become the ASEA® Redox Cell Signaling Supplement, Verdis and his son Tyler Norton decided not to sell the patent and instead to keep it in the hands of everyday people who could share it with anyone they wanted.

Our Founder’s ethos drives who we are

At ASEA we believe that the introspection of how we see ourselves and the industry we are in is of the utmost importance. Most companies in this business operate and live inside of multi-level marketing but at ASEA we strive to operate from a next-level marketing perspective, something Founder Tyler Norton takes the lead on in each of our biannual conferences.

The community family of ASEA believes in prioritizing compassion over compensation, doing something for others, and offering hope instead of false hype. We build and prioritize people first before we build paychecks and the difference is astounding. Instead of closing sales, we want to open minds. We are in the business of moving people rather than just moving products.

Not only does ASEA focus on bio-tech products that are Powered by Redox™, which complement cell signaling and enhance cellular health, but we power the potential of people. Inside us exists the potential to feel our very best. Our products are powerful, but so is the ASEA opportunity, which supports and empowers the human potential for success and happiness.

See how we power the potential of your cells, your body, and your life. 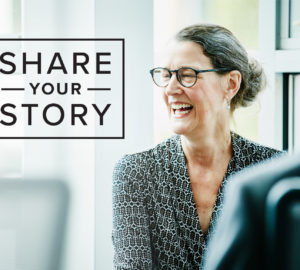